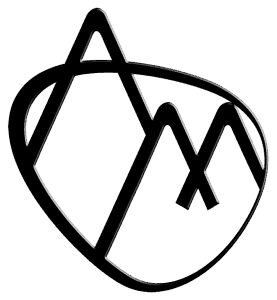 R-22 has been the dominant refrigerant in residential and commercial air conditioning and some very large centrifugal chillers for air conditioning and industrial process cooling. It has also been used in refrigeration since the phase-out of CFCs, both as a pure refrigerant and in blends. R-22 is subject to reduced production and restriction in new equipment since 2010, and production ends in 2020. The use of R-22 is allowed until the R-22 supply has been depleted.

Replaced R-11 in low pressure centrifugal chillers. New R-123 equipment has been engineered with the correct materials of construction and sized properly for the intended job. Retrofitting existing R-11 chillers to R-123 may require replacement of seals, gaskets, and other system components to obtain the correct operation conditions and prevent leaks. The ASHRAE safety rating for R-123 is B1, which indicates that lower levels for personal exposure are allowed in normal daily operation and service conditions. Extra precautions and machinery room requirements must be observed (specific requirements are spelled out in ASHRAE Standard 15, Safety Code for Mechanical Refrigeration).

Since the phaseout of R-12, R-134a has grown to become the standard refrigerant choice for household appliances, small self-contained refrigeration units, very large chillers, and automotive air conditioning. It is also a component in many refrigerant blends on the market. R-134a is an HFC refrigerant, which requires polyolester (POE) lubricant to be used in the compressor.

A blend of R-125, R-143a, and R-134a intended for low and medium temperature refrigeration applications where R-502 was previously used. Most new supermarket and refrigeration equipment has been built for an HFC such as R-404A, R-507, or R-407A. It is also possible to retrofit charge R-507 systems with R-404A. R-404A has slightly lower pressures than R-507 (from the small amount of R-134a added), and generally both blends have slightly higher pressures than R-502. R-404A requires polyolester (POE) lubricant, which is usually charged into new equipment. If retrofitting existing equipment, the original oil must be replaced with POE.

A blend of R-32, R-125, and R-134a that has very similar properties to R-22 in low and medium temperature refrigeration applications. R-407A has the closest property match to R-22 in a low temperature retrofit project compared to other blends on the market; however, there is a 10°F temperature glide. Most new supermarket and refrigeration equipment has been built for an HFC such as R-404A, R-507, or R-407A. New systems built with R-407A must have POE lubricants, and retrofitted R-22 systems would need the residual oil changed to POE.

A blend of R-32, R-125, and R-134a that has very similar properties to R-22 in air conditioning equipment. R-407C has the closest property match to R-22 in an air conditioning retrofit project compared to other blends on the market. It can also be used in medium temp R-22 refrigeration systems. R-407C has a 10°F temperature glide. New systems built with R-407C must have POE lubricants, and retrofitted R-22 systems would need the residual oil flushed with POE.

A blend of R-32 and R-125 that nearly forms an azeotrope, which means it has extremely low temperature glide and almost no fractionation potential. This blend has about 60% higher pressure than R-22 in air conditioning applications, and therefore should be used only in new equipment specifically designed to handle the pressure. Systems designed for R-410A will have smaller components (heat exchangers, compressor, etc.) to perform the same cooling job compared to R-22. R-410A will require POE lubricants. Retrofitting R-22 equipment is not recommended under any circumstances.

An azeotropic blend of R-125 and R-143a intended for low and medium temperature refrigeration systems. Similar to R-404A in operation, most new equipment has been rated to use either blend. There will be slightly higher pressures and capacity with R-507 compared to R-404A. R-507 requires polyolester (POE) lubricant, which is usually charged into new equipment. If retrofitting existing equipment, the original oil must be replaced with POE.

A blend of R-23 and R-116 intended for very-low-temperature refrigeration systems, typically the low stage of a multi-stage system. R-508B has properties similar to R-503 and can be used to replace either R-13 or R-503 in an existing system. The discharge temperature does not increase significantly compared to R-13, in contrast to the increase seen with R-23. POE lubricants should be used and it may still be necessary to charge hydrocarbon oil additives to ensure proper oil return. Check with OEM for specific oil and charging recommendations.

R427A, also known as Forane® 427A, is an HFC blend developed by Arkema as a simplified retrofit solution for R22 installations in a large range of applications with lower discharge temperatures. It can be used to retrofit low, medium and high temperature refrigeration equipment as well as air-conditioning installations. No TXV replacement is required. R427A has the lowest GWP of R22 retrofit replacement refrigerants.

R32 is a synthetic HFC refrigerant designed for use in HVAC systems and as a replacement gas in some R410A applications. As a HFC, R32 has a zero ODP (ozone depleting potential) and low GWP providing a lower carbon footprint than most other HFCs. R32 is not suitable as a replacement for other refrigerants in existing systems and must only be used in systems specifically designed for R32. In general the lower the flammability of a refrigerant is, the larger its GWP. Due to its mildly flammability and higher operating pressures, equipment compatibility (eg. manifolds, gauges, recovery units) must be checked.